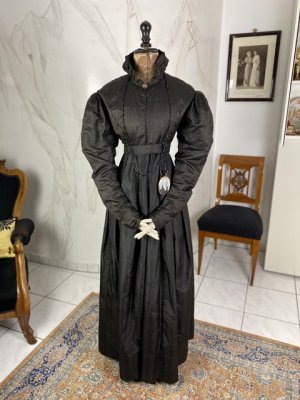 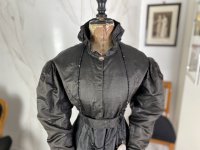 Very rare mourning dress, ca. 1815. Origin: Germany, probably Frankfurt. The dress is a one piece. Stand-up collar, long sleeves, slightly bell-shaped skirt. Made in the manner of an apron skirt. That is, the skirt is attached to the side of the top. Bows on the back, belt. Very well preserved. Signs of age and wear. The jewelry is not included.
The dress reminds us very much of a so-called "German dress". After the wars of liberation (warlike conflicts in Central Europe from 1813 to 1815) people in Germany began to reflect on their national character again. This reflection included fashion. People consciously distanced themselves from French Empire fashion. But what did the newly created fashion look like? The answer was: it was to be a lasting national costume. Proposals for a "Teutonic" dress were made from all sides. However, the creations of "national costumes" were far from representing a real old German clothing. For first, the cut of the women's dresses still corresponded to the Empire fashion (high waist, skirt, long sleeves). And secondly, the individual items such as lace collars, ruffs, puffs and stiff hats were anything but purely German. The German national costume therefore remained "fashion" only for a short time. 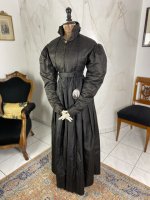 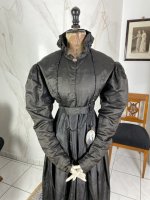 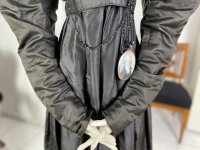 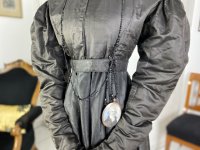 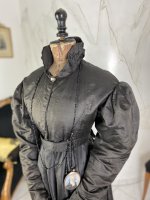 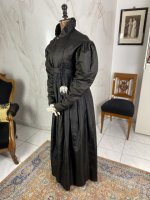 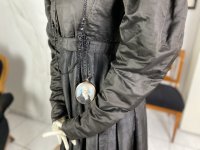 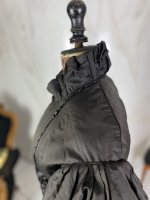 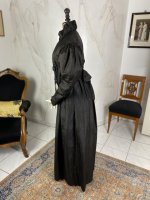 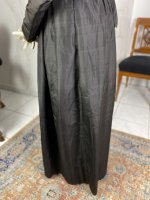 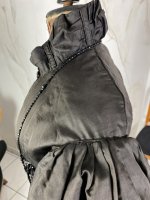 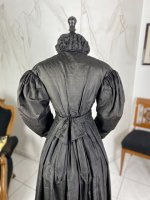 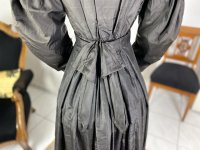 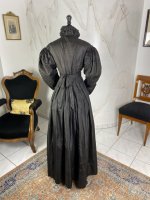 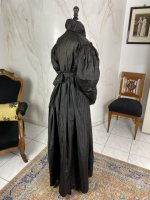 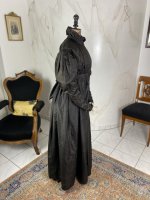 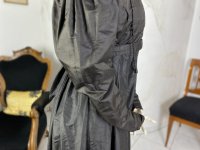 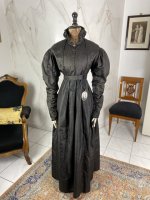 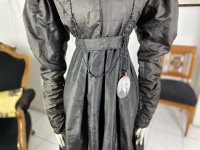 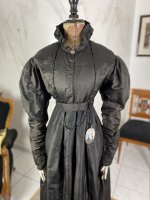 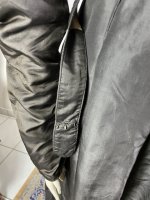 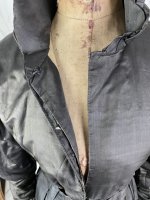 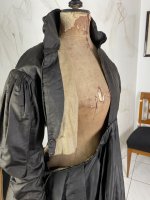 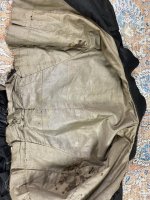 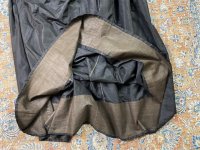 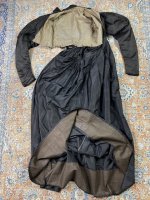