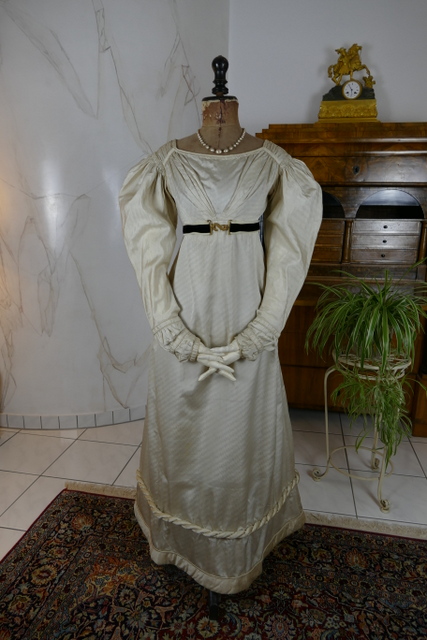 Empire dress, ca. 1815. Origin: France. When the French Revolution broke out in France in 1789, this brought an abrupt change in fashion - by 1790 at the latest, everything that was reminiscent of the Rococo period and thus of the royalty, the Ancien Régime, was frowned upon. In 1804 Napoleon became emperor and France became an Empire. The delicate muslin of the dresses, a symbol of the democratic simplicity in fashion, gave way and was replaced by silk. It was again considered to be imperial pompous. Just like this antique dress, which is also made of pastel-colored silk. Square neckline, long sleeves from shoulder to wrist. Shoulder parts laid in folds. Chest area designed in V-style. Three-dimensional decorative elements in the form of a garland on the skirt. Closure at the back with hooks and eyelets. High waist, typical for dresses of this period. For the age: very well preserved. A few stains, one open seam. Replaced belt and belt buckle. The decoration is not included. Very rare to find. 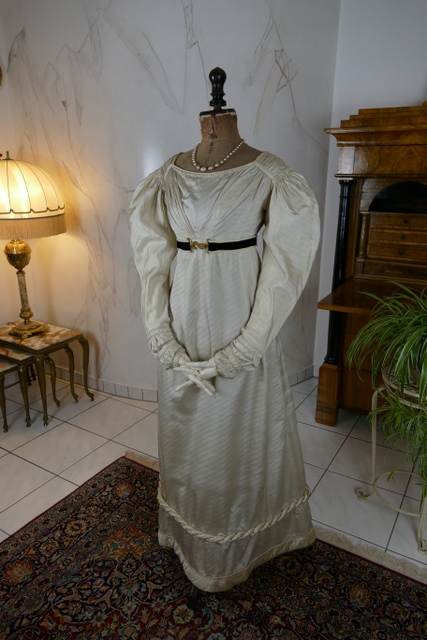 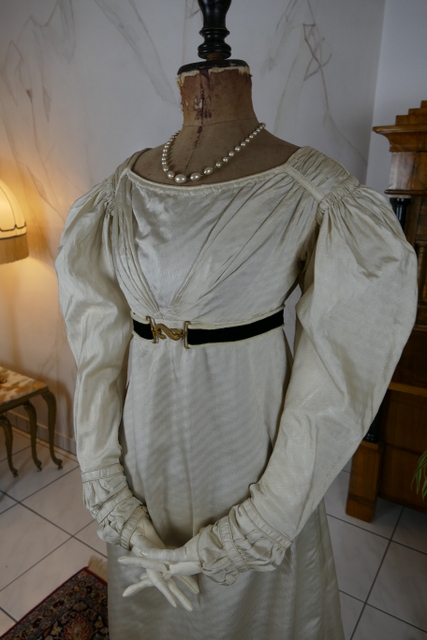 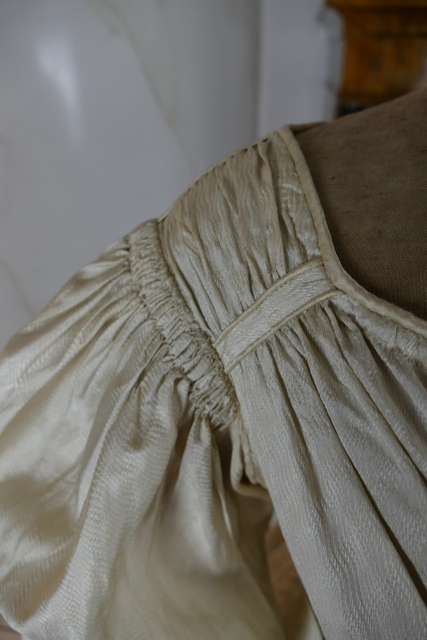 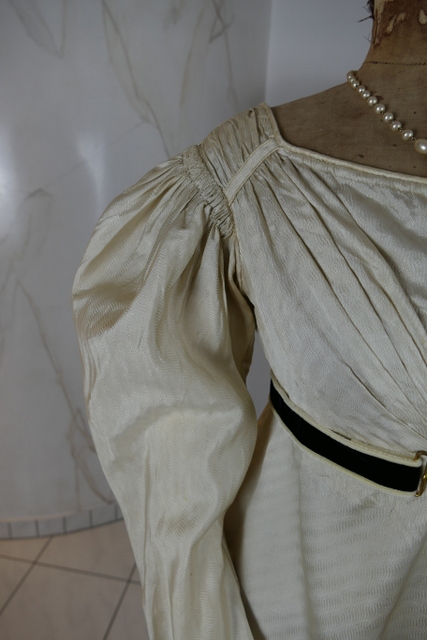 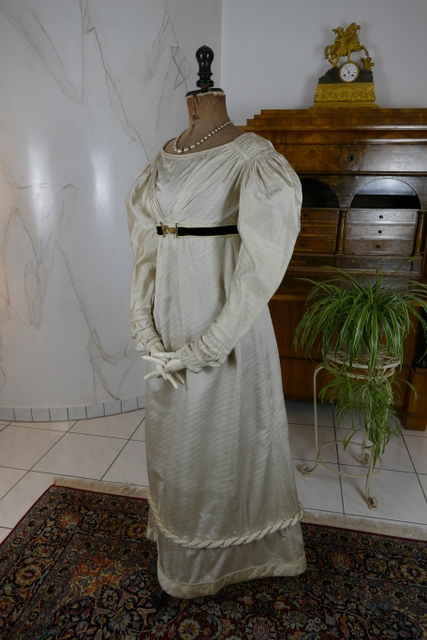 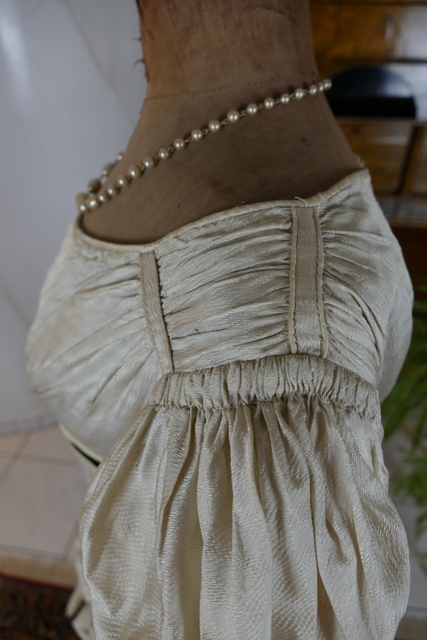 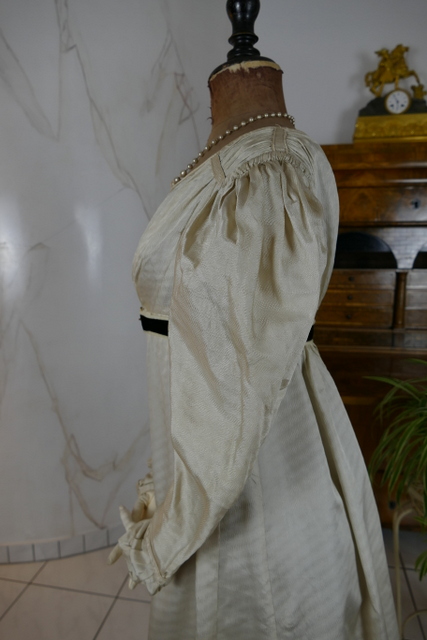 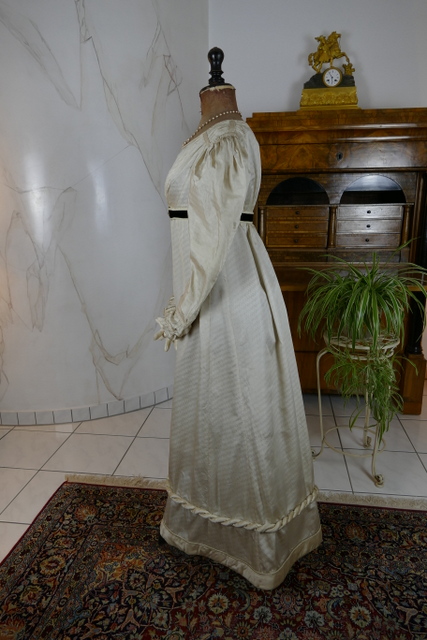 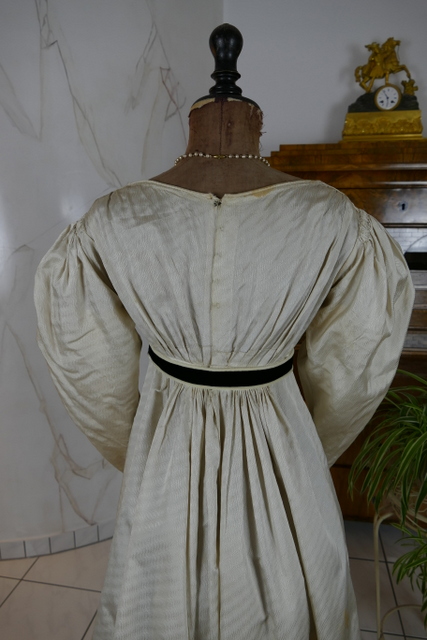 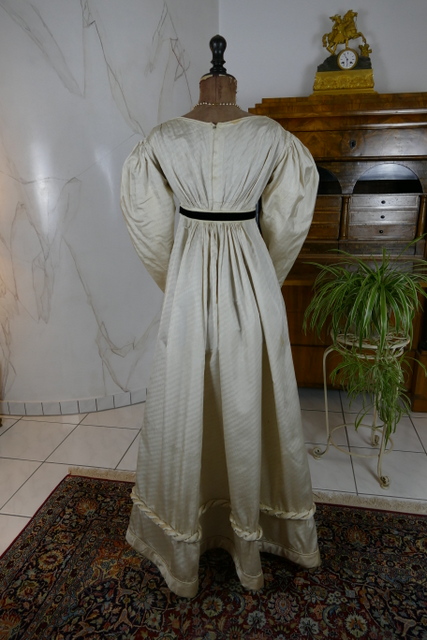 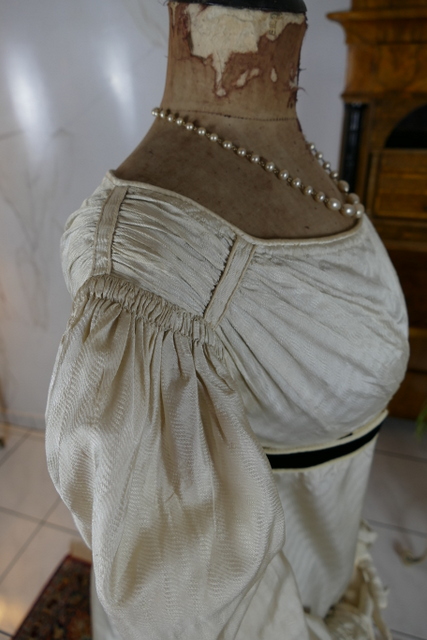 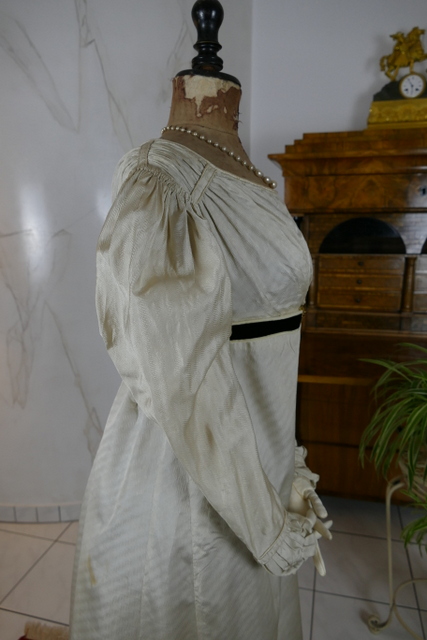 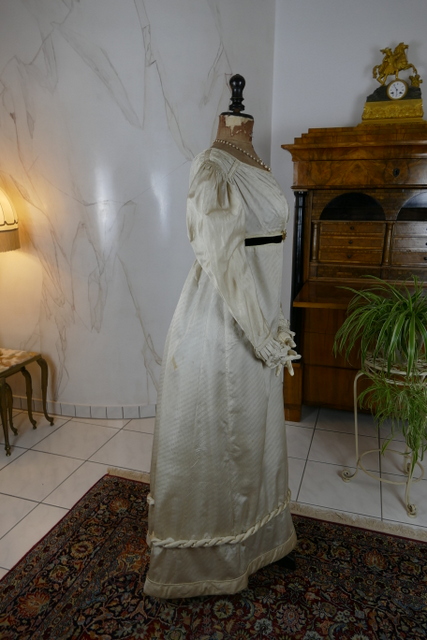 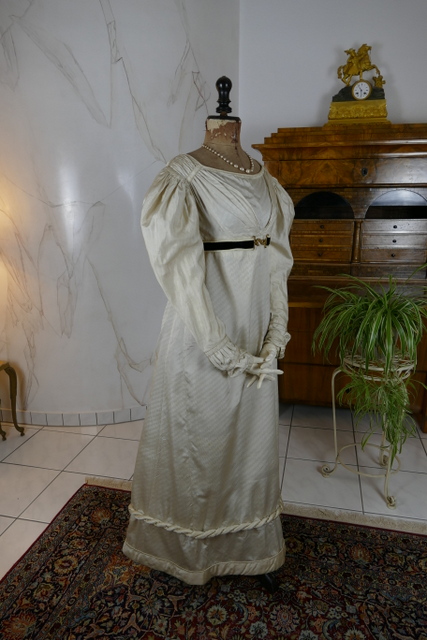 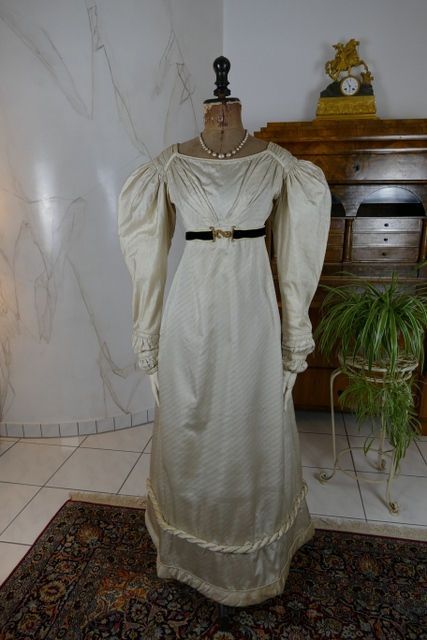 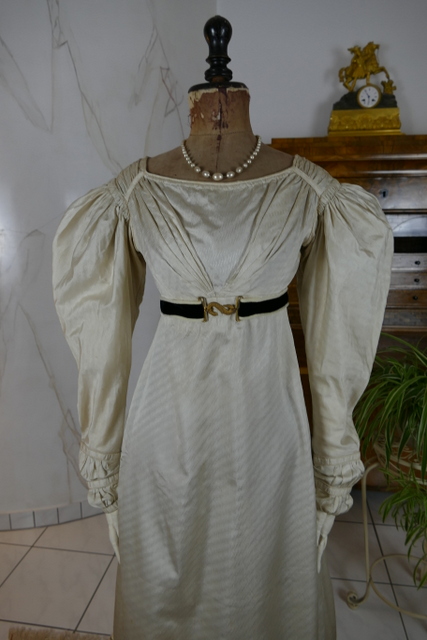 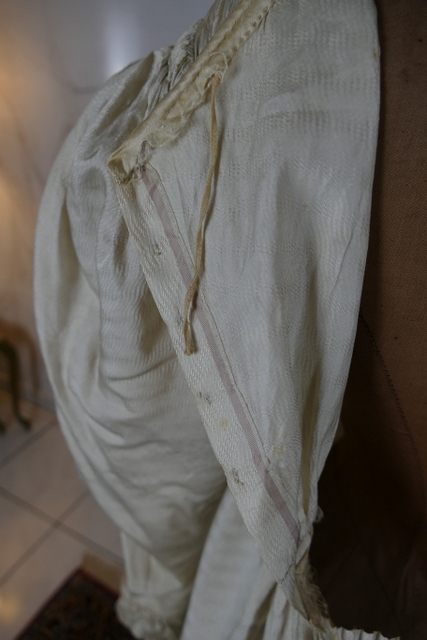 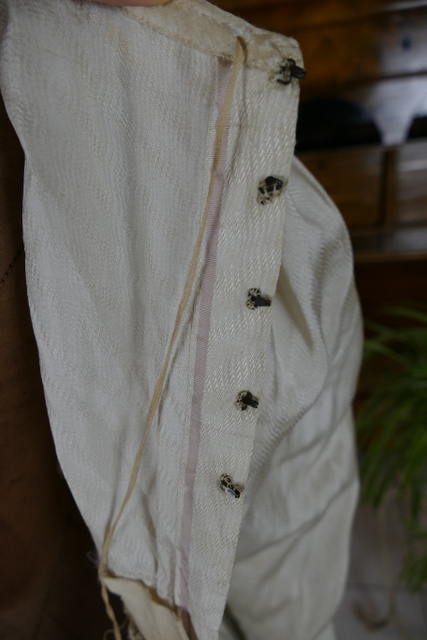 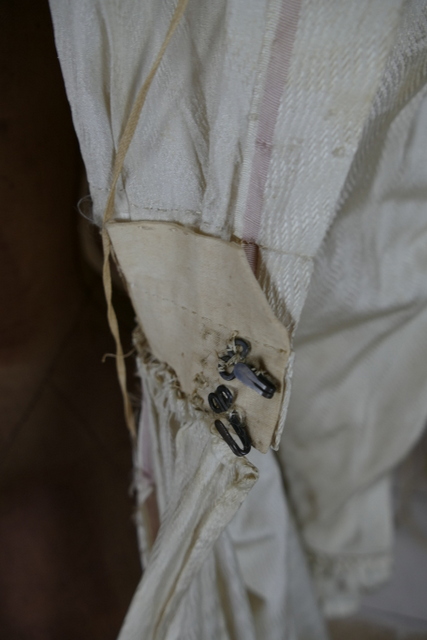